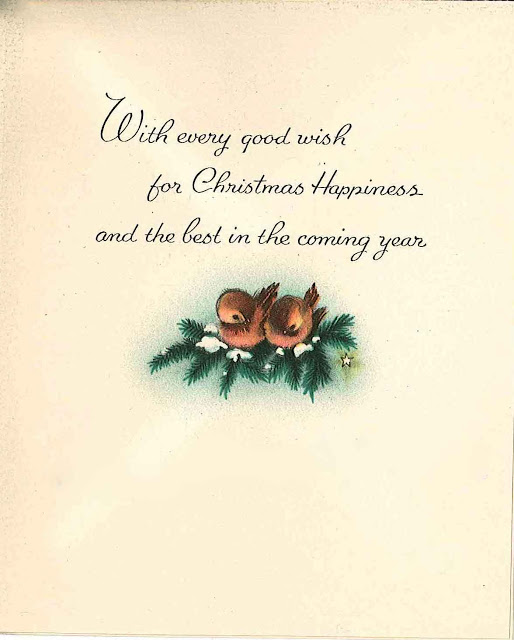 These two little birds are me and sweetheart today. Finally just the two of us for one precious night of quiet and maybe listening to records but not wanting to get up to change to the b-side so just the space of breathing and measuring the distance of contented silence and then… BAM it will begin again! Overnight guests and big boozy dinners and road trips and champagne toasts… but for now, just us two little birds. 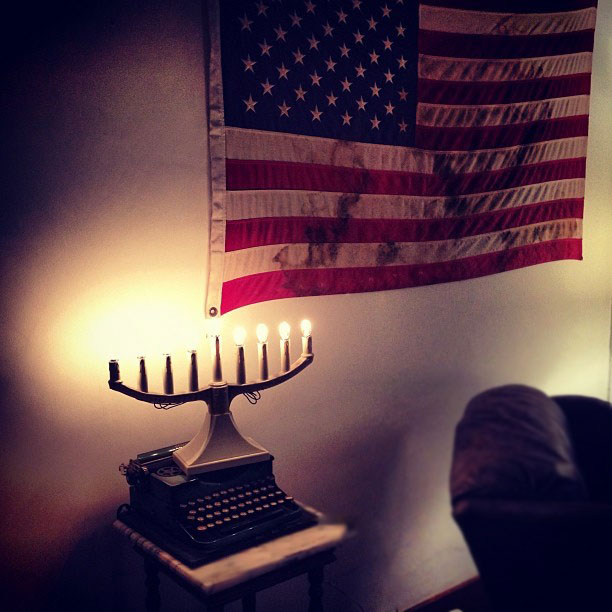 And as you probably know by now, this was the first and last year in our lifetimes (and for another few lifetimes yet) that Hanukkah and Thanksgiving overlapped. Hanukkah has always felt exactly like a time of miracles. By virtue of timing, it was one of the first Jewish holidays I spent with Sweetheart’s family, where I rode the Staten Island ferry for the first time (and drank a beer on the way, because a) you can, there’s a bar on it! b) I was a little nervous). It was raining that day and I wore a scarf tied over my hair, and when he picked me up from the ferry, Sweetheart’s Uncle Bill said “You look like you belong”. Always a bustle of sisters in the kitchen, I volunteered to fry the latkes. This, I know now, is the most detestable of tasks, uniformly disliked by all mamelahs, so that ended up a point in my favor, but all I knew then was that though I might not know all of the traditions, I at least knew how to fry. One of my best, earliest memories of Sweetheart’s divine Aunt Sheila is her coming into that Staten Island kitchen like a ship, peering over my shoulder and giving me the benediction in her wonderful storyteller’s voice I love so: “You’ve fried before”. This, the exact center of the Southern-Jewish venn diagram: deep fried potatoes and the honor of the matriarch. This year, we took it down south, Sweetheart consulted the oracles (his mama, his aunt, and Mimi Sheraton) and made and cooked the latkes (a point in his favor) in lieu of mashed potatoes, we had a brisket, we lit the candles, we said the words, and we had this electric menorah that made it through the flood and still worked. A season of miracles, a year of family, a feast of thanks. 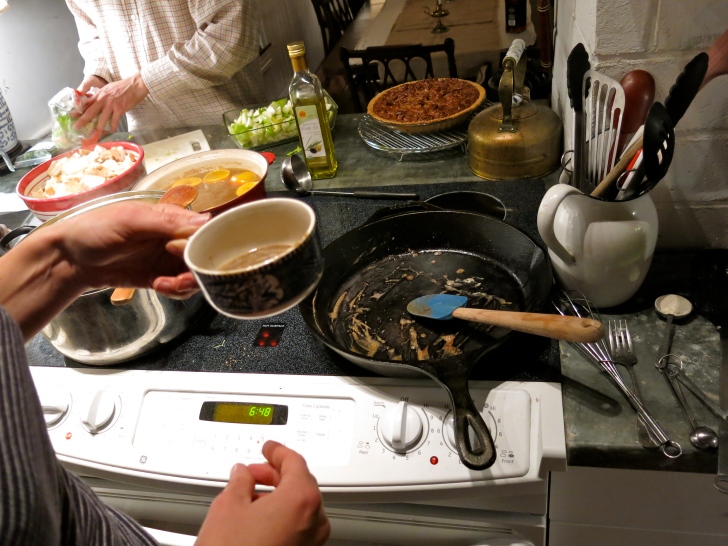 You know it was a good time if you literally only took one picture of the whole shebang and it was this total WORK OF ART (I suppose I decided that the vision of dear sweet Ravenel deglazing a skillet of aromatic and reducing roux that becomes the base of her incredible cider gravy while a boozy put of mulled cider bubbles in the background and Nick tears bread for apple and herb stuffing and a pecan pie cools off slowly by the woodstove was worth saving for posterity’s sake, and I suppose I’m not wrong). Out here in the world of the internet, though, while one hand laments decorative gourd season and the other pins gilded pumpkin tablescapes that could/should never exist outside of Martha, I sort of like that this was the only snapshot I thought to take. When you’re dancing in the kitchen, there’s no time to stop and stage photographs. But, because you asked, here are a few shots I scooped up from a few dear ones who thought to take a moment and capture some loveliness while I was making sure everyone had enough wine. And that the bird was ready at the same time as my hairdo. 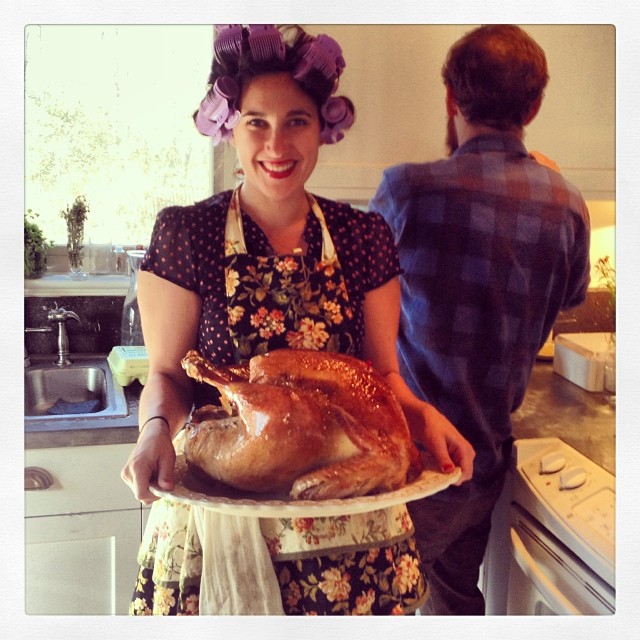 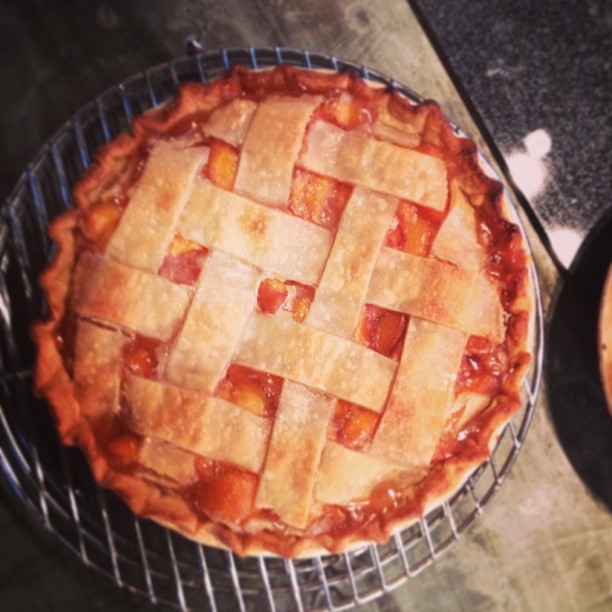 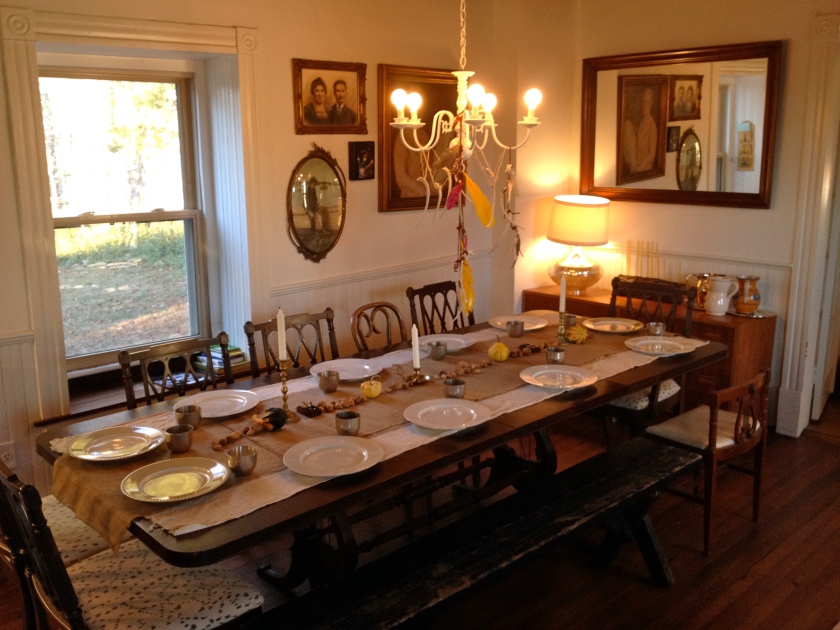 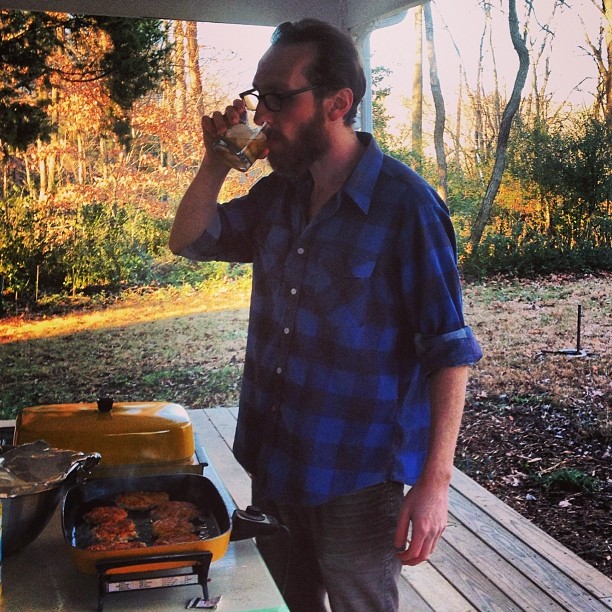 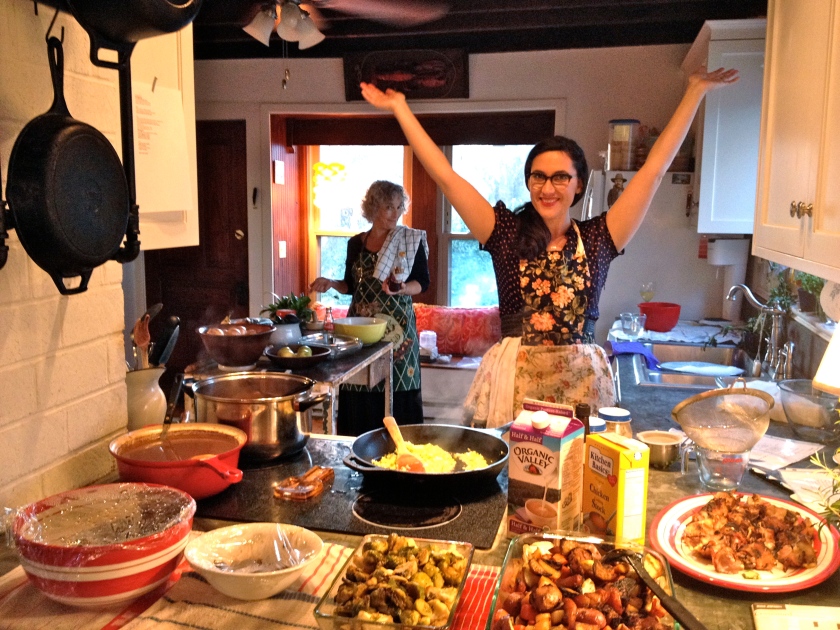 Like Loading...
So, yeah, I love Christmas. Perhaps unsuprisingly, consequently, I love Christmas music. And while Charlie Brown usually tops my list (followed close behind by this, this, and ok, fine, I admit it, this), this year, I think William Bell’s “Everyday Will be Like a Holiday” is my #1. I guess it’s technically not exactly a Christmas song, but IT HAS SLEIGHBELLS, and it feels like a million dollars… and, with Sweetheart on the road for most of December, well, everyday will be like a holiday when my baby gets home. Duh. 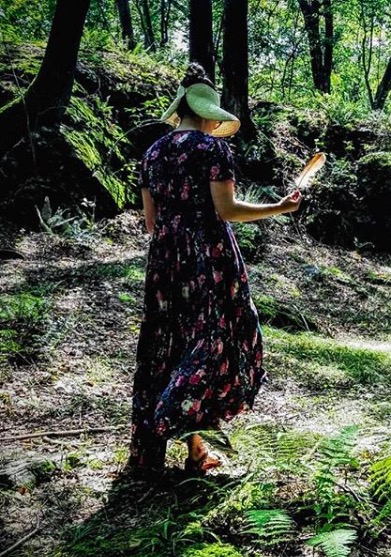