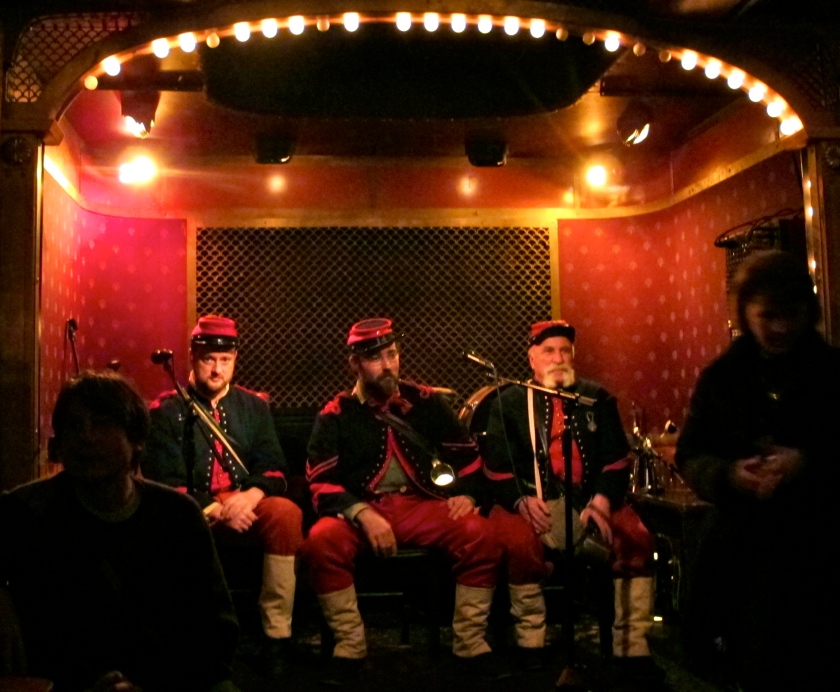 Where I’m from, people still talk about the Civil War, or, as we like to call it “the late unpleasantness”. O Sweet Virginia, capitol of the confederacy, birthplace of true gentleman Robert E. Lee and dashing horseman J.E.B. Stuart, home of Stonewall Jackson back when the commonwealth stretched all the way out to Kentucky in one great big genteel expansionist yawn, and where, as children, we’d would leave bourbony Hornsby Family Christmas Parties in Yorktown to go play in redoubts and earthworks from the peninsula campaign that are still standing 150 years later. It wasn’t that long ago, your war of northern aggression, and it still comes up. Down there. No one talks about it in New York. Unless it’s in passing to mention the atrocities of the draft riots. They talk about the Revolution, they celebrate their Yankees (perhaps this further explains my antipathy for the Bronx Bombers), and they love their gilded age. But there’s no wistful Shelby Foote letter-reading over the strains of Ashoken Farewell taking place in the borough of kings. Or so I thought. Imagine my surprise and delight to get the invite to hear my friend speak about the exploits and adventures of the Illustrious Brooklyn 14th. In full regalia. 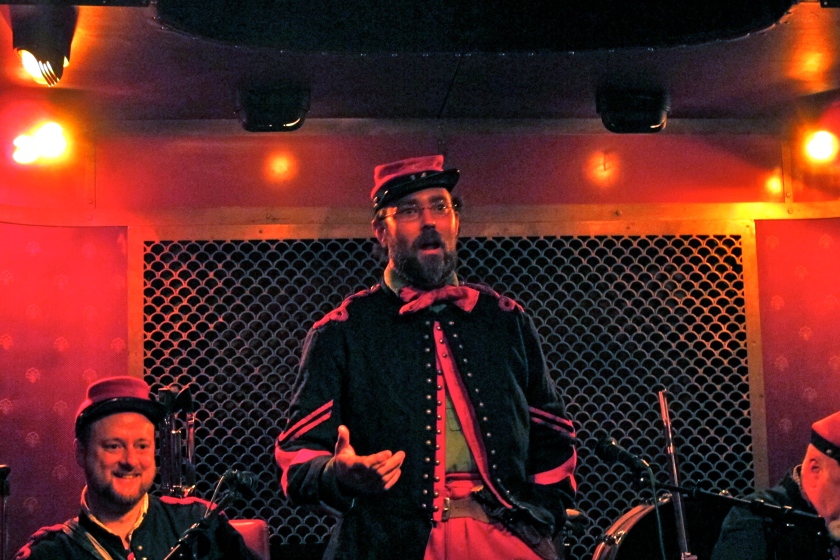 The Brooklyn 14th originally was a social club, a carousing and toasting outfit for the well-heeled sons of Brooklyn’s elite, men of venerable families, privilege and education. When they were called to duty in 1847, they were ready. The regiment fought at most of the major, bloodiest battles- Antietam, 1st and 2nd Bull Run, Fredricksburg, Chancellorsville, The Wilderness, Gettysburg. Like the hipsters they begat, they looked fabulous. Enamored of the pantaloons of the Zoaves (ed. note. pictures coming soon of me dressed as a zoave blockade runner for Miss McKay’s birthday), the men of the 14th wore red and blue vests with bright gilt buttons and bright red pants, which led Stonewall Jackson to give them them the name “Red Legged Devils” after their dogged assault at the first Bull Run. Each soldier also wore a flat topped red hat called a “kepi”. Kepi. Yiddish for head. These Brooklyn sons were probably the only regiment that might have had jewish mothers at home telling them to “watch your kepi, bubbelah” when sending them off to war. They were led by Gen. Edward Fowler, a beloved commander who moved to my neighborhood after the war and became an accountant. There’s a statue of him just a few blocks from my apartment, I’ve passed it without knowing every time I go to BAM.

This history is fascinating, not quite hidden, but certainly not on the tip of everyone’s tongue… let’s talk about it, let’s celebrate it, and while we’re at it any New Yorker who got married under the Marriage Equality Act, or any Californian who has a medical marijuana card should certainly understand making a stink about state’s rights. A very sincere thanks to Matt and the rest of the Red Legged Devils of the 14th for a wonderful talk (and I can’t wait for Matt’s book on the subject).

ps. the lecture was at Pete’s Candy Store, part of the OCD: Open City Dialogue lecture series, the next one is about the Tiny House movement, which is totally fascinating.